Healthcare providers all across the nation are shifting to modern Electronic Health Record (EHR) systems. Some of them are pure cloud-based while others are cloud enabled. True cloud EHR systems have remarkably reduced initial investments on hardware, hosting as well as for ongoing costs such as maintenance, upgrades, etc. Cloud EHR systems also improve accessibility; users can access the systems with just an internet browser from anywhere at any time and would enjoy more benefits then having a locally installed system.

When a medical organization needs more bandwidth than routine, a cloud-based service can instantly meet the demand because of the vast capacity of the vendor’s remote servers – something that is not possible with server-based systems.

When organizations rely on cloud services, they no longer need complicated disaster recovery plans. Cloud computing providers take care of most issues, and they do it faster. There is no need to maintain separate backups.

Cloud-based EHR suppliers maintain servers and security updates themselves freeing up their customers’ time and resources for other tasks.

There is no need for capital expenditure at all when dealing with cloud-based EHR software. Since cloud systems are much faster to deploy, organizations have minimal project start-up costs and ongoing operating expenses.

Cloud computing EHRs increase collaboration by allowing all employees to sync up and work on documents and shared apps simultaneously. They can follow colleagues and records to receive critical updates in real time.

Nearly 800,000 laptops are lost each year in airports alone. This can have some serious monetary implications, but when everything is stored in the cloud, EHR data can still be accessed no matter what happens to a machine.

Health enterprises can quickly scale up or scale down their cloud services as per demand, during hours of maximum activity, while launching campaigns, etc. Cloud services are most usually reliable, since many service providers have data centers in multiple locations for keeping the processing near users.

Keeping patients loyal is crucial. However, patient confidence in provider’s abilities and how the staff cares for them is critical to patient retention.

The two important indicators of patient loyalty to a medical practice are patient confidence in the provider along with quality of care coordination. These factors surpass other issues such as wait times, practice facilities and ease of access as revealed in a recent study by healthcare consulting firm Press Ganey. 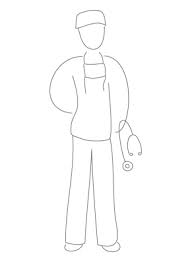 The study finds that growing amount of patient access to provider quality data could see more patients switching physicians. This will certainly be fuelled by the Affordable Care Act as patients will have more physician options to choose from.

Press Ganey highlighted five risk factors which could lead to patients switching providers. It developed an algorithm that can be used to benchmark the risk of losing patients and suggested steps practices could take to mitigate the risks.

The identified risk factors include:

Press Ganey developed a Decision Tree Analysis in which patients with high or low degrees of risks for leaving their physicians were divided into groups. Patients with a 1.9% risk of changing practices had “high confidence” in their providers while those with a 75% risk had “low confidence”.

“This analysis suggests that coordination of care and demonstrating concern for the worries of patients represent key opportunities for physicians and their associated medical practices to improve patient care, while also enhancing patient loyalty and supporting financial viability,” the Press Ganey researchers say.

A recent study has found people being optimistic about advancing care though technology innovations, willing to participate in virtual visits and using sensors in their bodies and surprisingly, in their toilets as well. 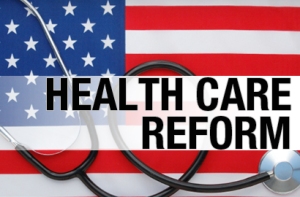 Participants from eight countries were counting on technological innovations to cure fatal diseases – more than having additional physicians and research. The online survey had participants from Brazil, India, Indonesia, China, France, Italy, Japan and the United States with a sample size of 12,000 adults, aged 18 and above.

“This survey indicates very high willingness of people to become part of the solution to the world’s healthcare problems with the aid of all sorts of technologies,” Eric Dishman, Intel fellow and general manager of the company’s Health and Life Sciences Group, said in a news release. “Most people appear to embrace a future of healthcare that allows them to get care outside hospital walls, lets them anonymously share their information for better outcomes, and personalizes care all the way down to an individual’s specific genetic makeup.”

The research finds that people want personalized care based on their behaviors and biological characteristics in a setting of their choice.

The results are surprising and reflect a monumental shift in patient preferences from traditional medicine to self care. It is amazing to see people trusting technology more than physicians and are inclined in taking control of their health.

These findings mean people are trusting healthcare technology and are willing to help healthcare research. Countries with poor health facilities are preferring technology more for healthcare.

The findings mean that high-performance computing and big data analytics have the power to transform care as we see it now. People prefer taking control of their health. They want care to be delivered in their homes and not in a hospital or clinic.

A Federal judge has ordered a temporary injunction against UnitedHealthcare based on the case filed by two Connecticut-based medical associations.

The decision came hours before the health insurer was set to drop thousands of physicians and patients from its rolls. This injunction prevented UnitedHealthcare from removing any of the doctors until the court can rule on the merits of the case.

The two medical associations from Connecticut were seeking a temporary restraining order against UnitedHealthcare to prevent the insurer from removing nearly 20% physicians on the panel from its Medicare Advantage networks. If it had gone ahead with its plans, nearly 30,000 patients would have been affected.

The court order means that UnitedHealthcare will have to start proceedings from the beginning. However, the insurer maintains that it plans to immediately appeal against the decision.

“We believe the court’s ruling will create unnecessary and harmful confusion and disruption to Medicare beneficiaries in Connecticut,” says Terry O’Hara, of UnitedHealthcare Group, in an emailed statement. “We know that these changes can be concerning for some doctors and customers, and supporting our customers is our highest priority. United Healthcare will continue to stay focused on the people we serve.”

This ruling will only affect members of Hartford County Medical and Fairfield County Medical associations. The affected physicians, more than 2,200 in number, reportedly belong to Hartford, New Haven and New London counties.

The judge ruled that UnitedHealthcare appears to have breached its contract with the physicians by removing them without cause or explanation, causing a violation of Medicare regulations.

For the time being, the injunction stays and only time will tell how this will shape up in the days to come.

Bring your own device (BYOD) is going to revolutionize the way technology is looked upon, but what is BYOD? It refers to rules and procedures set by the practice allowing employees to use their personal mobile gadgets to access company data. It can improve coordinated care because it reflects future of the healthcare industry. 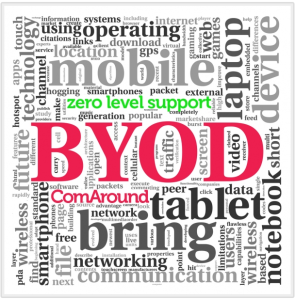 Mobile devices are becoming common by every passing day. Mobile revolution is by all means is here and roaring. Practices’ use of smartphones and other gadgets is a common practice now.

A recent global survey conducted by PEW research of companies all around the world found that 28% of their workforce uses personal devices for work related tasks. The research further stated that this percentage is expected to rise to 35% in 2013. In general as of May 2013, 91% of American adults have a cell phone, 56% of American adults have a smartphone. This boils down to the fact that technological gadgets are extremely common, and using them in a work environment can not only be useful, but may very well generate a new market for employees in a work environment.

It can improve coordinated care because providers, nurses, healthcare staff and patients are generally more comfortable with their own devices as they have more control over it. Think of it like this, if a provider uses a mobile EHR device on his own smartphone, isn’t it convenient? It is way more efficient since he can take his device anywhere he likes and keep his practice in check.

BYOD can increase patient safety and reduce the risk of medical errors. Personal devices can patch the critical communication gaps and allow for easy access of clinical information at the point of care with other clinicians for coordinating care of the patient.

To provide security for all personal gadgets of the employees can become a huge challenge for the IT department of the healthcare facility but at the end of the day, standardization is also an issue. But look at this way, new rules, regulations and structures that are being formed will pave the way for innovation. It will provide coordinated care to their patients by allowing wide and convenient access to the patients. Apart from that, the sooner the challenges met in terms of diverse use of mobile devices the better it is, because in the future more and more unique personal devices will be produced.

Personal devices do not need to be set up in a certain way to function, instead the devices allows limited functionality. Downloading healthcare mobile EHR app from the store or accessing company’s email from your email browser doesn’t require using company services that are set up in a restrictive way. It essentially saves the setup cost.

What Our Customers Are Saying About CureMD